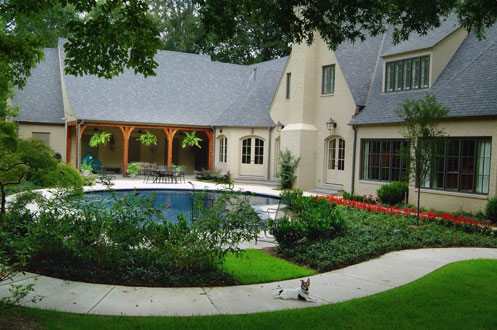 Cordova is a community in Shelby County, Tennessee, United States. Cordova lies east of Memphis, north of Germantown, south of Bartlett, and northwest of Collierville at an elevation of 361 feet (110 meters).

The majority of Cordova has been annexed by the City of Memphis. The remainder of Cordova is in unincorporated Shelby County, in the Memphis Annexation Reserve area. The boundaries of the Cordova community are inexact, but are generally regarded as the Wolf River on the south, Whitten Road on the west, Interstate 40 on the north, and Pisgah Road on the east. Parts of Shelby Farms are considered part of Cordova. The Old Cordova Area is centered on Macon and Sanga Roads, 3 miles east of Germantown Road. It consists of the former town of Cordova, with some of the original structures still present. The Wolfchase Area is not actually a part of Cordova, but is often referred to as part of the Cordova area by association. It contains major shopping centers, businesses and apartments.